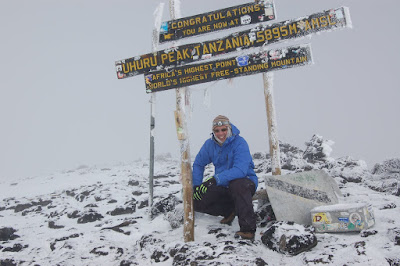 Well at 8.15 on the 1st November a very weary but elated team of four climbers and three guides made it to the summit (Kibo) on Mt Kilimanjaro, standing shrouded in mist at 5895 metres above sea level. The summit assault started at midnight 1,195m below at Kibo huts and was an arduous climb over rocks, scree and slippery, snow covered paths culminating in a breath taking experience as we peered over the craters edge at Gilman's point on the way to the summit. 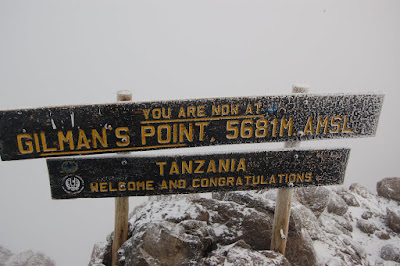 Get to Gilman's Point and the finish line is only a further 1.5hrs trek away but only another couple of hundred meters! Technology didn't enable us to blog from the summit so apologies for that, but here are a few more shots of the adventure. 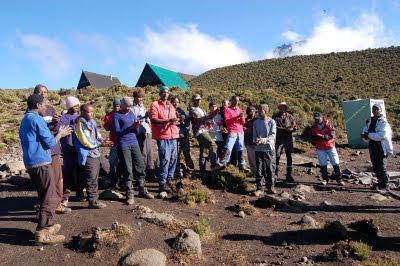 Here the porters were doing the traditional singing thanks, after their tips, singing Kilimanjaro! The top team members, Tosha, Elli, Rambo, Frank, Spiderman and Frank were the main guides (team)that took the Comic Relief 'Celeb's' up to the summit earlier in the year. Mawenzi, the lower of the twin peaks is just showing herself in the distance, behind our loo tent 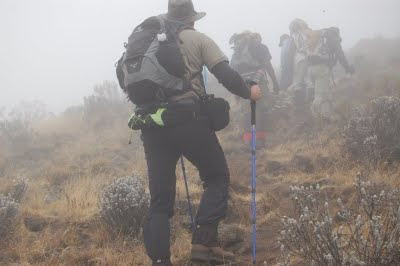 Trekking through the mist and cloud at about 12,000 ft. The cloud came and went, but when it was clear the views into Kenya were absolutely incredible! 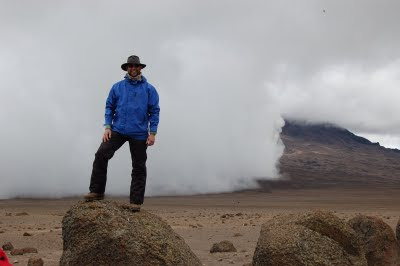 This was the view back from Kibo, towards Mawenzi, in the middle is the barren area called the Saddle. Mawenzi was about 5k away at this point and it was the only trek where we could see where the next camp was, even though, from the start of the trek, it was still 9km away, it still took us about 5hrs to get there. Pole' Pole' 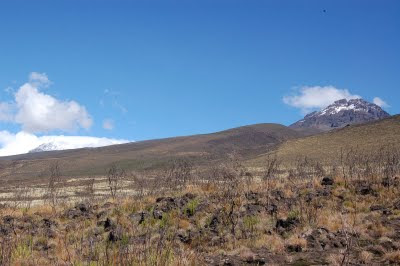 Posted by Jake Freestone at 10:21 No comments: