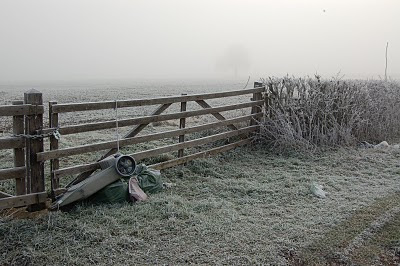 Well welcome back to farmer Jake's blog after the festive period and what a lovely welcome it was. A nice load of household rubbish fly tipped in a field gateway over the new year. Who will be left to clear it up? The farmer of course, not the population of the local village, or the council, or the idiot who dropped it off it's another persons problem, but today it is my problem. What is wrong with our society? There is a collection service for those who pay their community charge, it's actually quite efficient and will also re-cycle many of the items we casually throw into our respective coloured bins. If the item won't be collected then there is always the council tip where almost anything can be dropped of into various containers or re-cycling or landfill, but no some complete cretin has to drop it of in a field gateway. Thanks a bunch self centred idiot. 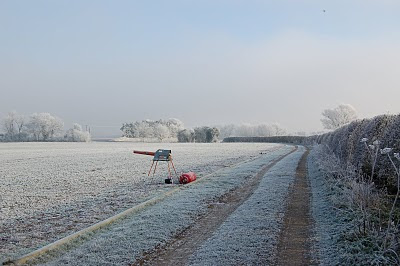 At this time of year the once rare (believe it or not) wood pigeon; who's population growth has been dramatic since the early 1970's, when Oilseed Rape was introduced to our farm rotations and provided a good winter food source. This positive story is rarely publicised by the RSPB when looking at farmland birds population decline or otherwise, why? Because their population growth has been due to modern farming practice and we can't have that. One of the down sides to their massive population increase is that we now need to control their numbers as pests in order to protect our crops. Don't forget that these crops will grow and be sold, to provide food and diesel for the kitchens and cars for you, the general public. We have to use lots of tools in order to keep the pigeons at bay, these include gas bangers, day rope bangers, rockets and spinning discs and kites but ultimately the most successful, if moved regularly is the gas banger. This comes with a small cost in that they make a noise that some people find offensive in disturbing the quite country ambiance. Unfortunately the countryside is not an oil painting by Linton in the 1880's or Constable from the 19th Century, it is working factory floor that has to produce food and a profit to keep it maintained, to provide jobs and to keep its landscape so that the next generation of Constables are not policed out of existence. That's not to say i would ignore people concerns, but the street has to be a two way one.
Posted by Jake Freestone at 12:09 No comments: