Harvest Update From the Eyes in the Sky 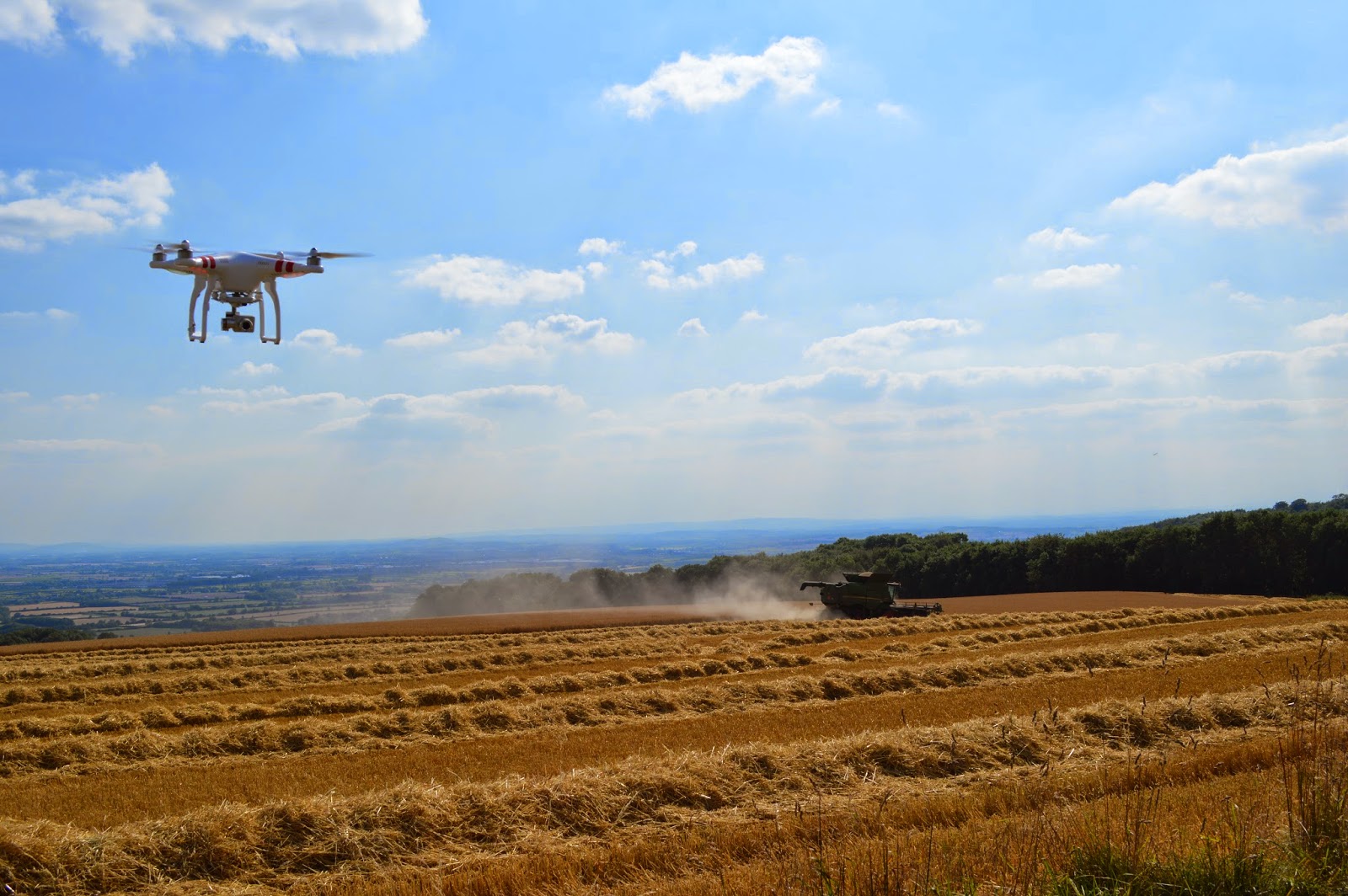 Harvest is progressing well with some spectacular summer weather, which is making harvesting the crops cheaper and easier than for the last few years.  We started harvesting seed crops of winter barley on the 14th July, on the sand and gravel land with good yields considering the warm weather.  I think growing crops that ripen nice and early on that type of land could be the way forward.  Yields have been above our average and the quality on the first few fields has been good.  After cutting the barley we moved onto oilseed rape which was very dry, with moistures down as low as 6%, ideally it needs to be about 7-8% for a small moisture bonus without losing too much weight. 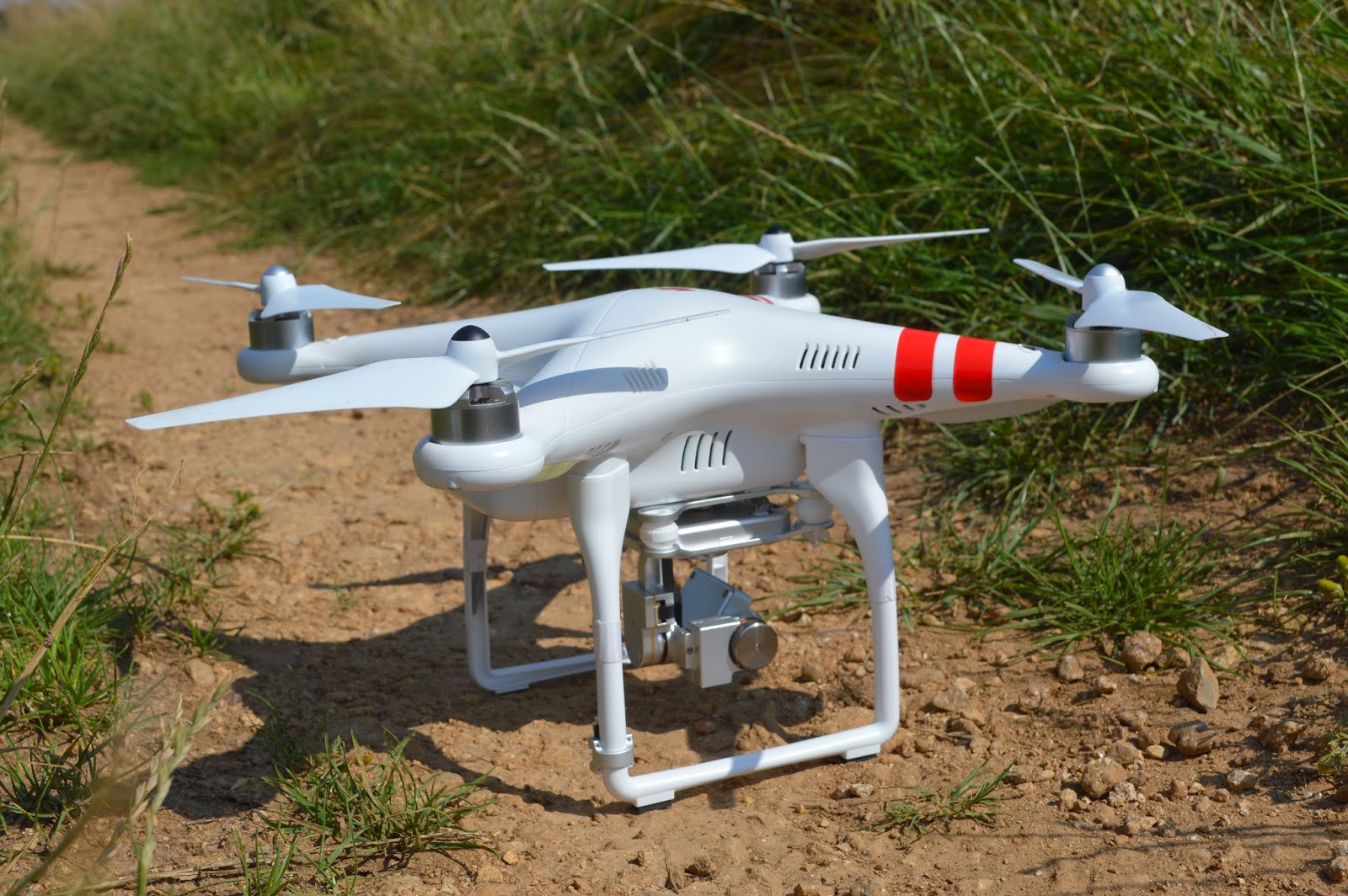 After a few days harvesting the oilseed rape we moved up onto Bredon Hill to start the Cassata winter barley which we grow for Molson Coors as part of the growers group supplying malting barley to be brewed into Carling beer.  While we were combining on the hill Adam, a neighbour who has just bought a drone with a video camera attached, came up to take some footage of the combine harvesting the crop and the results were spectacular.  You can see one of them here Harvest Log 7 It was a great opportunity and the combine undoing in to the trailer was fantastic.  The footage also shows the compaction, caused by the harvest traffic of trailers and tractors, on the headlands which is not great for the following crop.  We even managed to catch the imagination of Simon Mayo's Drive Time radio show when being interviewed about this years harvest on the 23rd July and made it onto his Facebook page 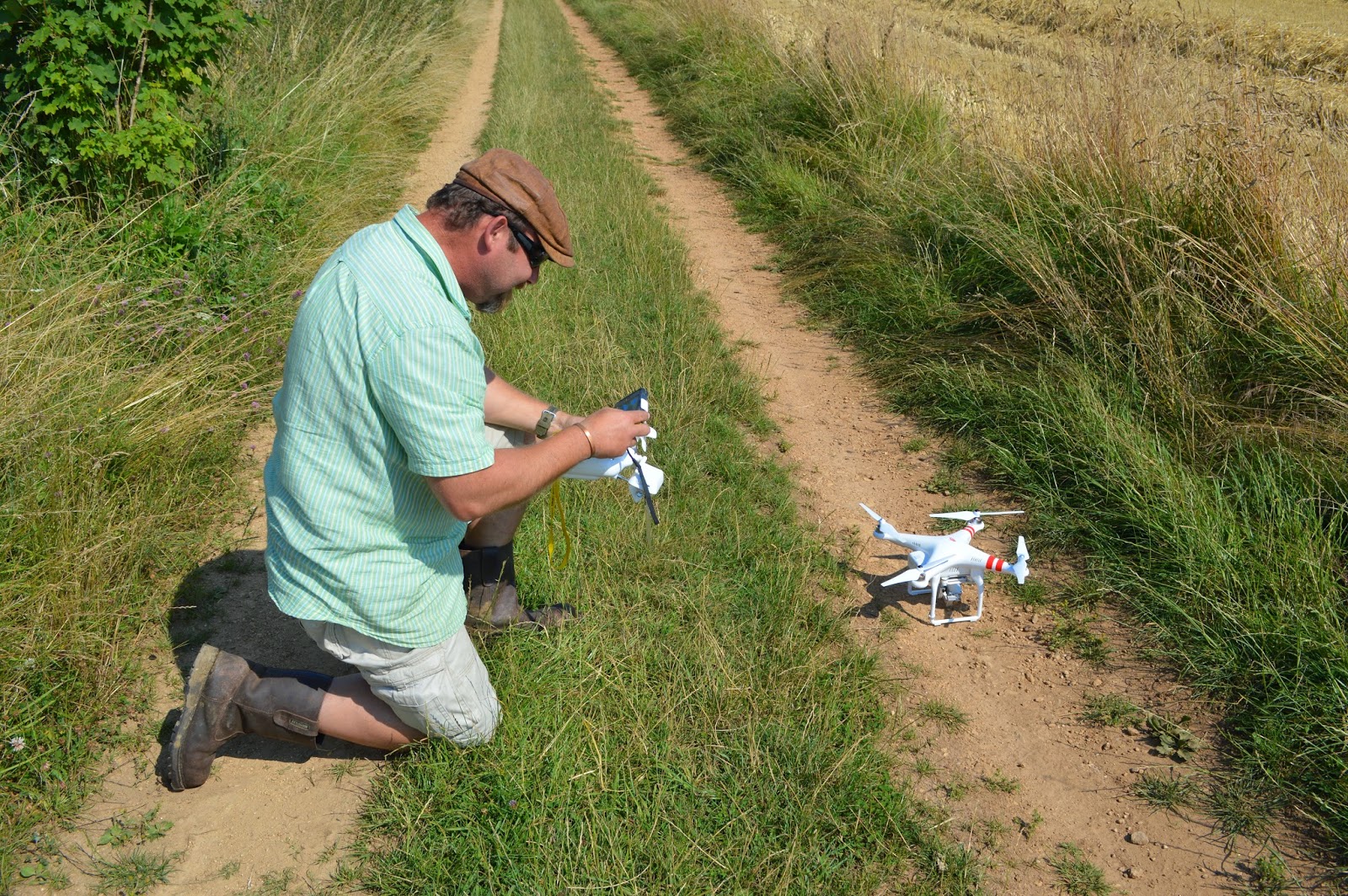 The drone was very simple to fly, so easy Adam actually let me have a go at landing it! The 10-80 hd camera is fixed onto a gimble so the stability of the camera was very impressive and it's all delivered ready to fly and the images are beamed back via wifi to your telephone held on a stand on the controls.  The shot below is from the video and gives you an idea of the different angles and aspects that can be achieved. 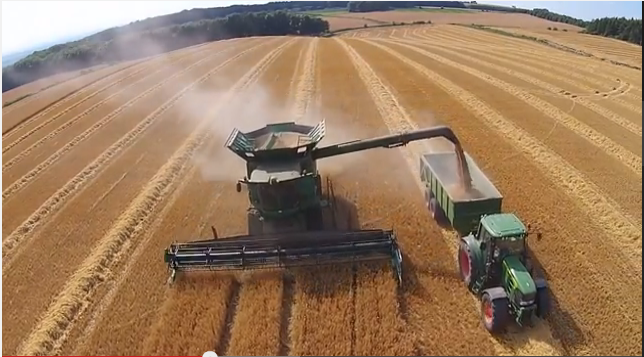 We're now on Day 8 of the harvest and we will finish the winter barley tonight before moving back into oilseed rape for a couple more days.  After then we could have a break for a day or two while we wait for the wheat on the light land to ripen.