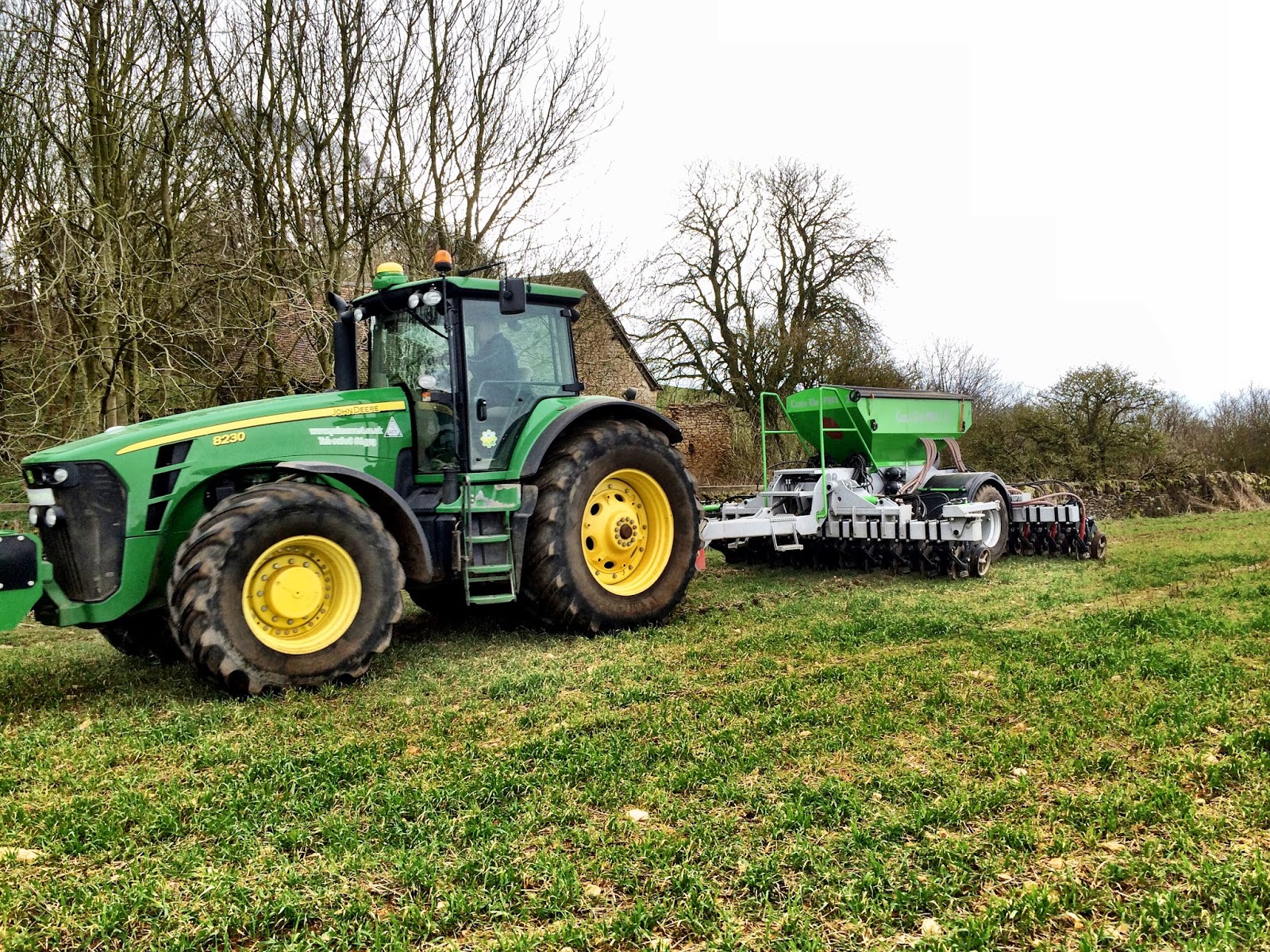 We started planting the spring crops on the 19th March into fairly good conditions considering the amount of winter rainfall we have had this year.  It's one advantage of having Cotswold Brash soil; which is very thin and has a deep layer of Limestone underneath which is relatively free draining.  The downside is that without summer rainfall yield can be limited.  We started off drilling at the top of the hill into a sprayed of cover crop of Forage Rye.  This crop was planted in September 2013 and its purpose was to cover the soil creating a layer of organic matter to intercept the rain through the winter, reducing soil erosion and run off.  What a year to start cover cropping!  The forage rye was sprayed off with Glyphosate mixed with liquid Nitrogen fertiliser 5 days before drilling and the cross slot drill then went and planted the seeds directly into the the crop residue. 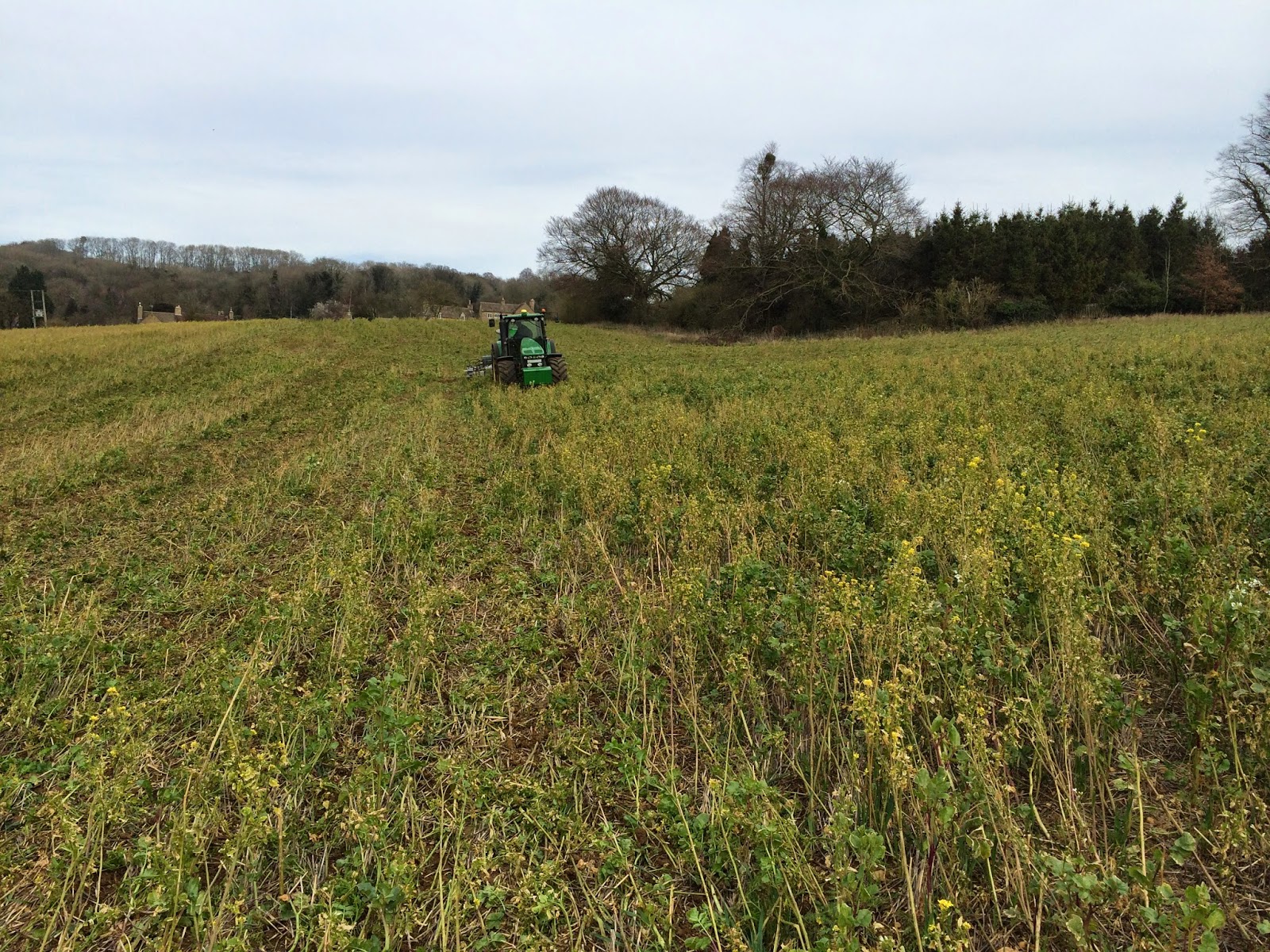 This variety of spring barley is called Tipple and is being grown as part of our Molson Coors Growers Group tonnage to go to the Shobnal Malting later this summer to be brewed into Carling Lager. This method moves very little soil resulting in far less mineralisation of nitrogen through reduced carbon disturbance.  It is better for our carbon emissions into the atmosphere, the soil, the water and the environment.
After drilling this field the Cross Slot drill moved down the slope to plant Propino Spring Barley which we are growing for seed for Frontier Agriculture which should hopefully be used by the Molson Coors Growers Group farmers next spring.  The drill coped very well with the amount of surface residue that was not grazed by the ewes during the winter.  There has been plenty of slug activity in the heavy land areas of the field after drilling and before emergence so we have had to apply a dose of Sluxx slug pellets to control, them. 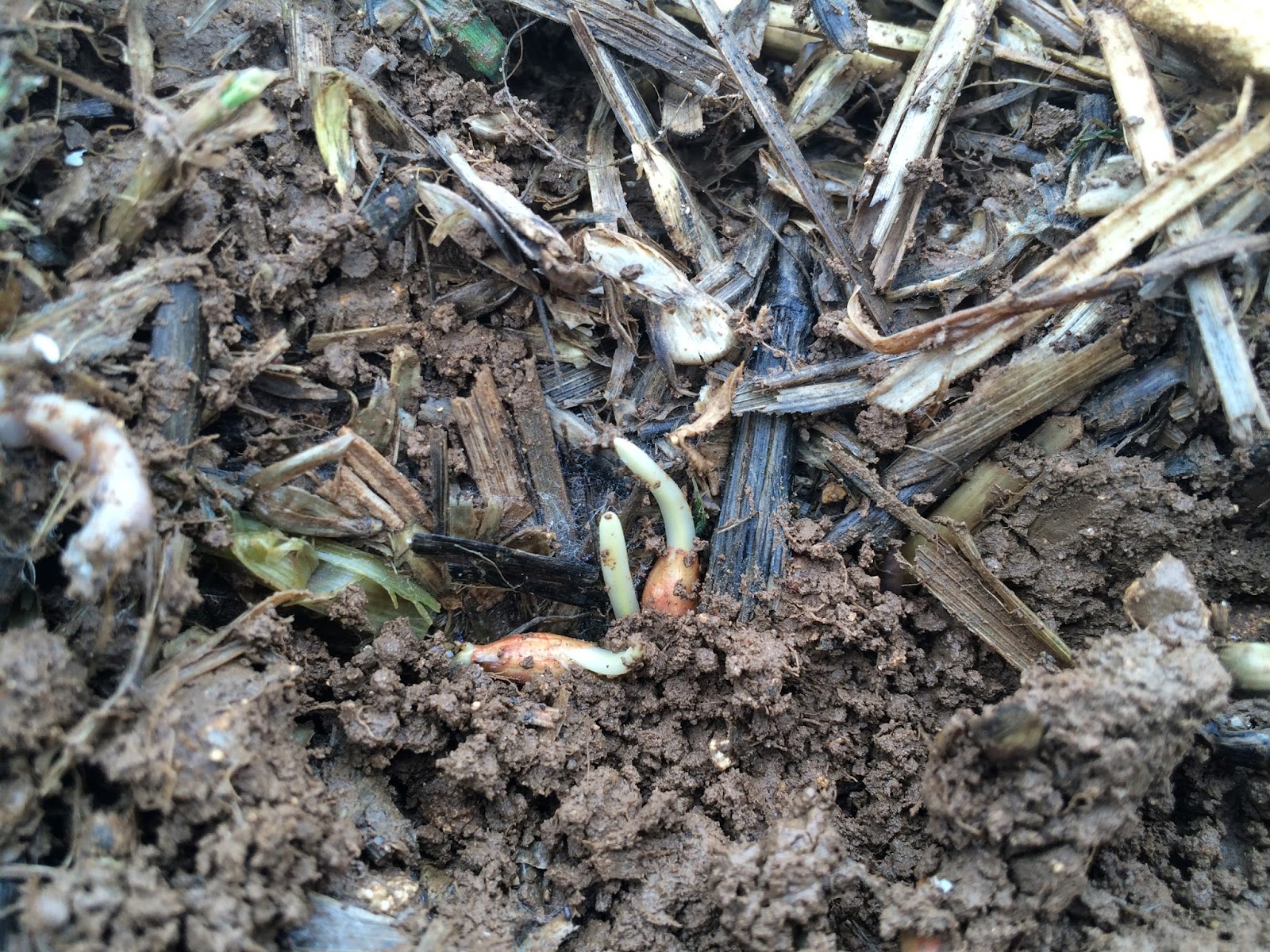 After about 10 days the crops had germinated well and they emerged within 2 weeks.  The picture below shows the emerging crop pushing up through the previous crop residue.  The stalks are what remains of the mustard cover crop after the sheep had eaten the leaves off. 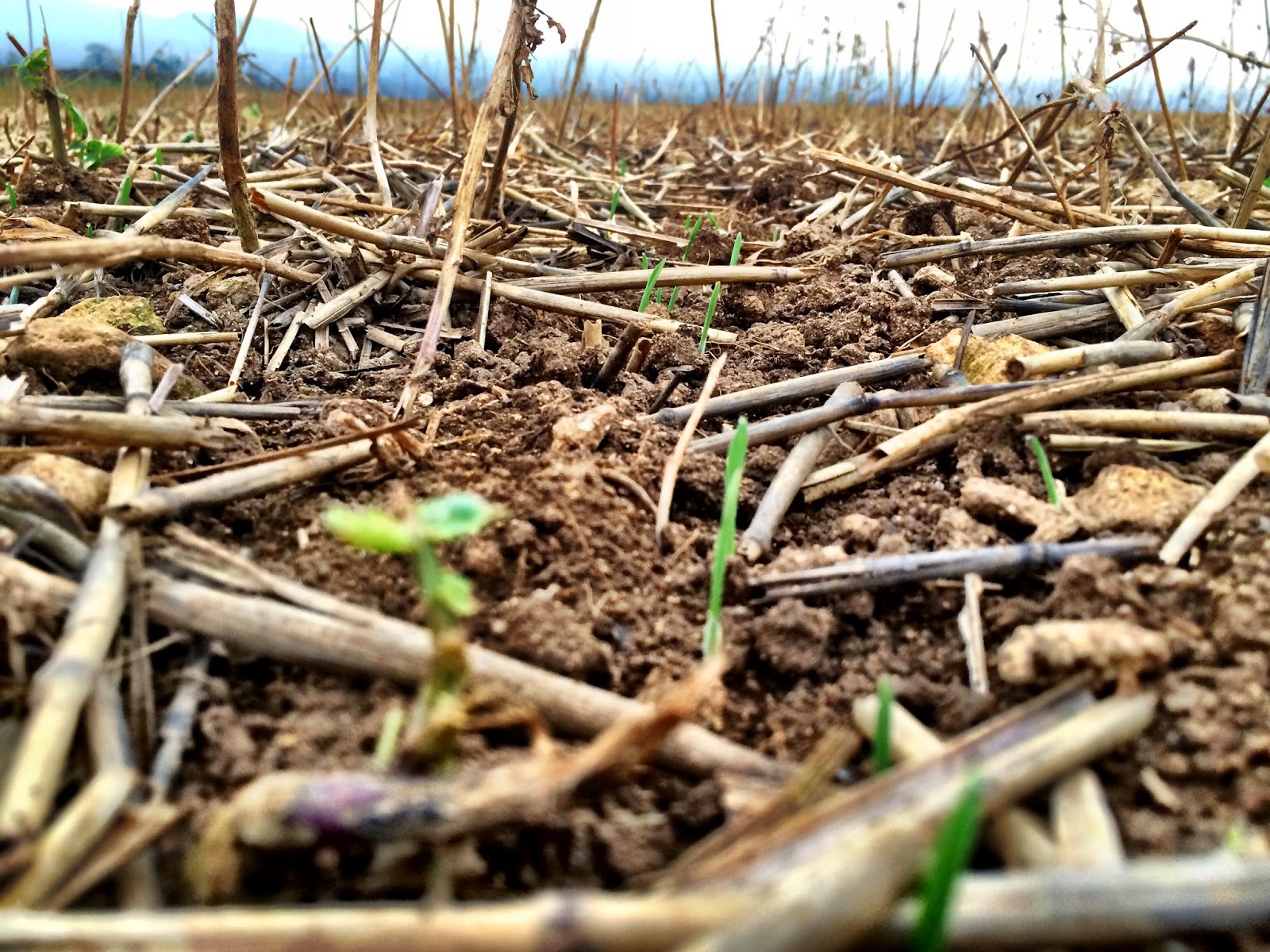 Posted by Jake Freestone at 13:03 No comments: